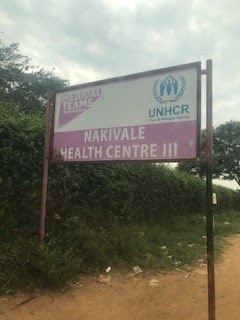 What makes one want to leave their home? For refugees, it is the feeling of needing to flee from violence, poverty, and/or persecution. This impetus  is what fundamentally distinguishes refugees from other migrants.  Refugees flee whereas migrants immigrate. Thus, the pre-migration, perimigration, and post-migration experiences of refugees are uniquely marked by higher incidents of trauma. I understood this from by background research on incidents of trauma and prevalence of mental health illnesses (depression, anxiety, post-traumatic stress disorder) among refugee populations globally. My aim in traveling to Nakivale in person was to try to understand the forces of flight, migration experience, and the mental health outcomes of refugees on a more individual, human level.

Nakivale Refugee Settlement was opened in 1958 and officially established as a settlement in 1960. Officially, based on UNHCR (the UN Refugee Agency) figures, Nakivale hosts > 100,000 refugees from Burundi, the Democratic Republic of Congo, Eritrea, Ethiopia, Rwanda, Somalia, Sudan, and South Sudan. During the Burundi crisis in 2015, the population of the settlement greatly increased and has since remained this high.

The settlement span across 185 km. It is at times both sparsely populated with small clusters of modest homes scattered across a large area of land and densely populated, informal shopping markets. The markets are impressive in scope, with hundreds of stalls. Stalls sell food, offer salon services, and locally manufactured goods such as metal gates, wooden bed frames, and cultural garb. 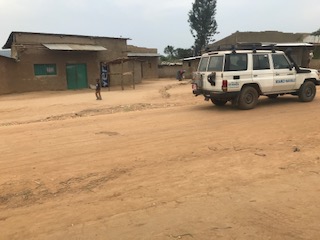 There are several individual communities within the settlement that are largely separated based on country of origin (i.e. Burundi Camp, Somali camp, Ethiopian camp, “New congo”). There are one or two camps that host an integrated community of refugees. Religion appears to be a factor that has resulted in self-segregation of the Somali refugee community from refugees of other nationalities.

There is also noticeable variation in socioeconomic status. There are those who have established successful shops and are relatively thriving and those who can’t afford enough food and are dependent on World Food Program distributions. All residents of Nakivale Settlement receive care from three clinics. These clinics off very basic medical testing but no imaging (including chest x-rays) or other diagnostics. The nearest referral center for the clinics is Mbarara’s University Hospital, the second largest referral hospital in Uganda.

Posted by Partners Center of Expertise in Global and Humanitarian Health at 12:58 PM