Eva Tovar Hirashima
PGY3
Harvard Affiliated Emergency Medicine Residency
Mexico City, Mexico
“Sexual Health of Migrant Women in Transit Through Mexico: What do they have to say about HIV/AIDS and Unwanted Pregnancy”

It’s the end of the road, at least for this trip. I didn’t get to do all the interviews that I thought I would but I was lucky enough to get a glimpse of a world that up until now was unscathed territory for me. The gap of women that I talked about on the prior blog was still there and seemed unfathomable throughout the trip but the world that I was introduced to taught me a new language, and led me to understand a new set of priorities and acquire a new sense of urgency. The irony of it is that what seemed novel to me is an ancient request: shelter, food and water, and basic healthcare.

Don Martin, a migrant himself in the 80s, decided to provide the migrants who travel on the train on their way up north with humanitarian aid by throwing bags of food, water and clothes to the clandestine passengers of the train. 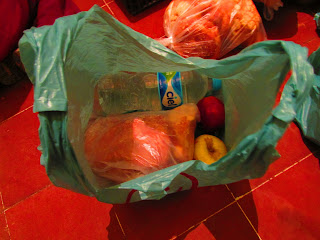 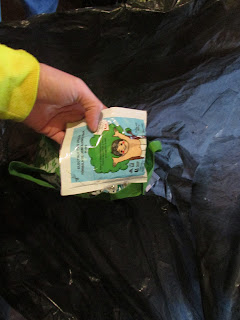 Another task that I set myself to do was to strengthen inter-institutional collaboration among the different actors. 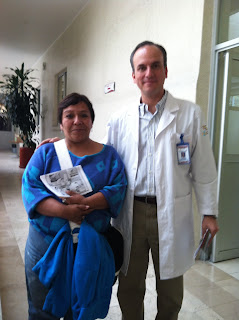 In the photo, Gabriela, the coordinator of the shelter in Mexico City -Tochan- is meeting Dr. Florentino from the "Clínica Condesa". The clinic has an impressive sexual violence program, where PEP (post-exposure prophylaxis) and other STD management, birth control and OBGYN follow up is available for free. 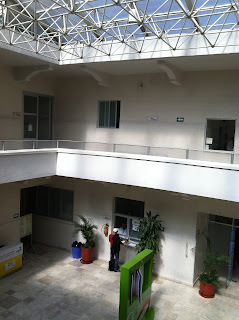 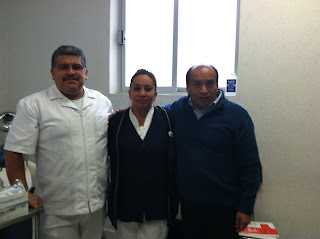 Unfortunately the clinic is exceptional in Mexico, in fact I was told that according to the Mexican norm, PEP can only be provided to a victim who was sexually assaulted by 2 or more individuals.

As expected the health needs of the migrants in transit are diverse: diarrhea, URI, conjunctivitis, skin rashes, frost bite (when travelling thorough the center of Mexico), dehydration and heat stroke (when travelling through the desert) were the more frequent complaints. Unfortunately amputations and trauma after falling off the train were also prevalent. It was no surprise to hear, that during their journey migrants are reluctant to search for medical assistance either because of fear of deportation or because they were denied care in the public health care clinics in previous attempts. Based on the former, Doctors without Borders has established clinics in 3 shelters: Arriaga (Chiapas), Ixtepec (Oaxaca) and Huehuetoca (Edo. De Mexico). Medical assistance along the train tracks is also provided by the government funded group called “grupo beta”, however the demand for care seems to overwhelm the capacity of the existing resources.

A few of the migrants with active health care needs I encountered in Tochan were:

The need of a network of local physicians that can help out Gabriela regarding the healthcare needs of the migrants led me to organize a meeting. 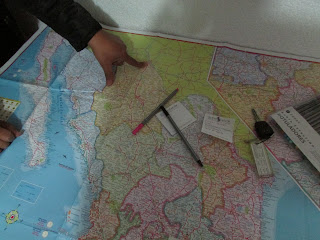 Sara talked about the hardships they encounter during their journey and enumerated their health needs during the journey such as: NSAIDs, sun block, mosquito repellent, condoms, dressings, hydrogen peroxide, iodine, among others. 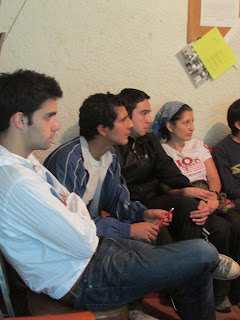 They listened, and at the end the conclusion was that once a month they were going to volunteer a day to provide the migrants and the community (to increase acceptance of the shelter among neighbors) with free health care; a facebook page, where Gabriela and other first contact providers, could get assistance and medical counseling would be created; and workshops regarding HIV as well as other medical topics would be organized.

At the end, I was reminded of Don Martin's words, and repeated to myself "No, they're not invisible".

Posted by Partners Center of Expertise in Global and Humanitarian Health at 10:47 PM 1 comment: