I recently finished reading the book The Power of Meaning, which was written by a college classmate of mine, Emily Esfahani Smith. The book addresses the question of deriving meaning and finding fulfillment in life. This isn’t your run-of-the-mill self-help book. Part journal and part thesis, it is a compilation of hundreds of hours of research, travel, and interviews with people who have been able to find meaning in their lives and what factors distinguished them from those who struggle to find it. She references the literary and philosophical greats throughout history, as well as the modern science and data that further support these ideas. She distills her observations into four different Pillars of Meaning: Belonging, Purpose, Storytelling, and Transcendence.

As my time in Rwanda ends, I have been reflecting on the ways in which I have found meaning. The staff and residents here have been extremely open and welcoming throughout our stay; we started as strangers and mere acquaintances but easily became colleagues and friends. Our goals, as I mentioned in a previous blog post, were the same: to inch towards that goal of safer and higher quality anesthesia care. We traded stories, experiences, and observations. When discussing differences in practice, the residents would explain how they provided care “in [their] context.” An excellent phrase that honored and expressed differences in setting without judgment or prejudice. Several of the more senior residents had spent 6-8 weeks in the US or Canada to observe anesthetic care those settings, and they would often reference those experiences and the lessons learned that they tried to apply in the Rwandan context. My own observations in Rwanda have helped me understand what components of anesthesia transcend context: what forms the core essential of anesthetic care, regardless of context.
I would like to thank all of the people and organizations that supported me in this endeavor. Thank you to CASIEF and the ASAGHO for their many years of dedication and investment in Rwanda. Thank you to the BWH Department of Anesthesia and the ACGME for allowing me the opportunity to volunteer in Rwanda during residency. Thank you to Dr. Chritton for his dedication to teaching and mentoring, and for allowing me to join him on this trip. Thank you to the Centers of Expertise for the funding and support to make this experience possible on a resident budget. Finally, thank you to all the anesthesia residents and staff in Rwanda who welcomed us and made this experience meaningful. Murakoze cyane.
Posted by Partners Center of Expertise in Global and Humanitarian Health at 10:42 AM 3 comments: 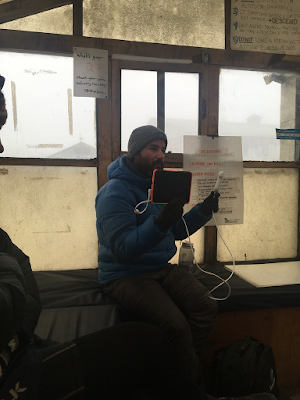 We’ve entered our second month of the high-altitude clinic being open and the patient volume has slowed dramatically. While in April there would be 15-20 patients per day, now we are seeing between 5 and 10. This coincides with the decline of trekking traffic in the national park. Another factor is that many of the guides, porters, and locals have been up and down the trek 7 or 8 times. Their bodies have acclimatized to the lack of oxygen and we no longer see as much altitude illness in that population. Trekkers will still come in with AMS, HAPE, and HACE, however.

We’re about to see our 500th patient for the season, with close to 50 with high altitude pulmonary edema and around 10 with high altitude cerebral edema. We’ve had to helicopter evacuate about 15 patients so far, with another 15 at least opting to fly out on their own. This does not include the likely dozens or hundreds of trekkers who get flown out at higher and lower altitudes that never come to our clinic. This is a big change from the last time I was here in 2012. The number of helicopters has skyrocketed. Whereas before we might see 1 or 2 per day in the valley, now there are up to 50 flights in a single day, for commercial reasons and for medical evacuations. The industry has dramatically changed how trekkers plan their treks. Many will hike up to Everest Base Camp and then choose to take a helicopter down, rather than to hike down several days. Similarly, trekking companies are aware that if one of their team members gets ill while hiking there will always been helicopters available to evacuate them, weather permitting. We even saw one patient who was evacuated off the trek with acute mountain sickness via helicopter to Kathmandu and then returned for a scenic helicopter flight only to get symptoms of HACE during the flight. She was evacuated again via helicopter.

This means this extreme environment with its lack of available oxygen is now readily available to a wider population. We have seen people in their 70s and 80s trekking up to 18,000 feet! Similarly, we occasionally see parents carrying very young children (the youngest we have seen was 6 months old). Although the data regarding children at altitude is not comprehensive, it seems logical that the developing brain will not do well in a hypoxic environment. We’ve also seen people who are tremendously out of shape and ill-prepared for such an intense trek (with 6-8 hours days of hiking up and downhill at altitude). We’ve also seen many people with significant co-morbidities coming up the mountain, including auto-immune hepatitis, coronary artery disease with multiple stents and bypass grafts, pulmonary embolism, etc. Although the trek is now more available to all populations, it also means that people are undertaking the trek without being fully prepared or educated about the dangers of high altitude. 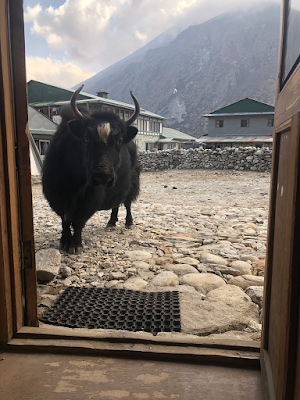 We give a free lecture every day at 3pm to educate the public about the dangers of high altitude and signs and symptoms of high altitude illness. Some days we have only a couple of participants and others we may have more than 30. People are always surprised at how dangerous even trekking at such an altitude can be. Every year there are deaths in the valley from high altitude illness and this year is no exception, with approximately 8 to 10 tallied thus far. We do our best to educate attendees so that they can then be on the lookout for trekkers and locals who appear ill.
A few of the more interesting cases we have seen recently include a homeless woman living among the mountains with severe frostbite of her feet, high altitude cerebral edema complicated by GI bleeding after severe vomiting, and a likely case of appendicitis at high altitude, which we treated with oral antibiotics. We have made a few house calls while here, trekking about 2 hours in the night and light snow to meet a patient with severe Acute Mountain Sickness who was unable to walk on her own due to severe weakness. We had a pediatric abdominal pain that was severe with fever that looked like a liver abscess on bedside ultrasound. He was treated with IV antibiotics and evacuated. Another female trekker who was taking acetazolamide and ciprofloxacin continued to feel ill and was diagnosed with a high-altitude pregnancy. Her medications were stopped and she made her way down the valley.

One byproduct of working at a high-altitude clinic is that there is a lot of downtime. After the clinic closes at 5pm we may see another 1 or 2 patients that come in overnight. Otherwise, much of the evenings are free to ourselves. We have a cook who prepares three meals a day for us (8am, 12 noon, 6pm), and I brought another bag’s worth of dried fruit and snacks. Then we’ll often watch a movie after dinner together from the wide array of DVDs available at the clinic. I’ve read about 10 books while here and have also worked on research projects and write-ups that had been previously ignored. We also have days off where we can trek throughout the valley. Between the three physicians, we’ve been to Everest Base Camp, Kala Pattar, Ama Dablam base camp, the central town of Namche several times, Island Peak base camp, as well as the nearby Gokyo valley. We have gotten a chance to explore the area in great detail.

Lastly, my research project is coming along well. I had my second set of research assistants pass through the valley and altogether we have thus far recruited 222 participants for the study. The goal is to reach 288 by the end of May. I have tried to recruit at different altitudes, with the higher altitudes covered well, which means I’ll have to descend to lower altitudes to recruit some more. Recruiting from big, English-speaking tour groups has proven to provide the highest yield of participants. Otherwise, it’s mostly hanging around the tea house dining areas and randomly approaching strangers to ask them if they would like to be part of a research study. That approach generally works fine, but the trek is very international and so there will often be huge groups of non-English speakers. On a different note, the daily temperatures hover around freezing and the nighttime temperatures drop below freezing, which make convincing participants to have a lung ultrasound with their chests exposed and cold gel applied a bit difficult.

Altogether my experience has been as I expected it to be: a lot of altitude medicine, a lot of primary care, excellent hikes in the mountains, and not-so-easy-to-conduct research. Working and volunteering for the Himalayan Rescue Association (HRA) is almost a rite of passage for anyone interested in working and conducting research at high altitude. I feel fortunate that I had the opportunity to spend two months working with such an amazing organization and in such a unique environment. This experience has encouraged me to continue to work and play in the mountains and to pursue further research ideas in high altitude physiology. It has been a once-in-lifetime opportunity. 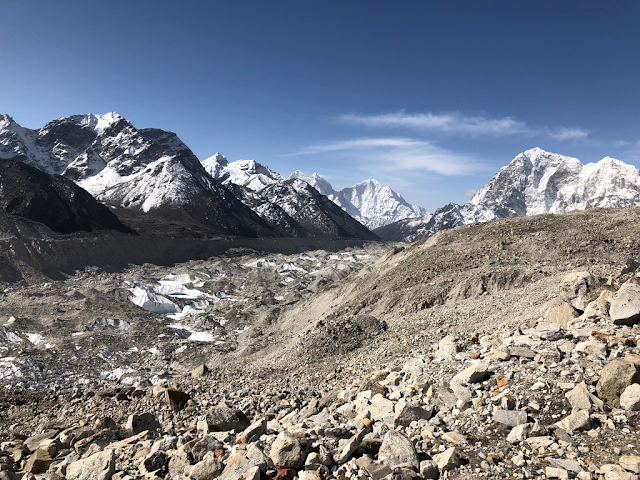 Posted by Partners Center of Expertise in Global and Humanitarian Health at 1:54 PM 5 comments: