The Palestinian Medical Referral Process: A Study of Process in Process 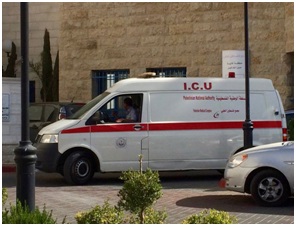 Anecdotes over tiny cups of Arabic coffee: the 17 year-old, traumatic head bleed patient that waited
five days for transfer for neurosurgical evaluation to a hospital located not even a 2-hour drive away. He died. The 39 year-old woman who spent 14 months at Hadassah Hospital after receiving a life-saving bone marrow transplant. She lived. The critically-ill patient that was driven to the border in a Palestinian-permit ambulance, then moved to a wheelchair to cross the border, then transferred to an Israeli-permitted ambulance for the completion of the journey. A back-to-back transfer that took an extra hour with oxygen lines and epinephrine still running. The cacophony of successes and frustrations, tragedies and man-made miracles, politics and goodwill create nothing less than a Pollock-painting when I try to disentangle the Palestinian referral process. As a physician, an empiricist, I try to step back and consider before the judgement. 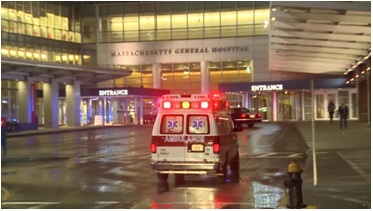 First, an examination of ‘self’: How do we transfer patients in the United States from a clinic to a hospital? One hospital to the next? An institution outside of our medical record system? Is it a simple phone call, a hurried and harried hospital summary, printed labs and consultation notes, the coveted but oft-corrupted CD of imaging? Where do the referrals land?

In our Emergency Departments, there’s all too often sighs regarding incomplete documentation, a confusing narrative, the questionable reason for transfer. Time-willing, there are phone calls and faxing, curriers and clarifications. But how often do we start over, clicking through inordinate EPIC tabs to order the reportedly-normal labs ‘just to have them in our system’? Our process is not above reproach.

And with that in mind, let’s think about a cross-factional, cross-border medical referral process: 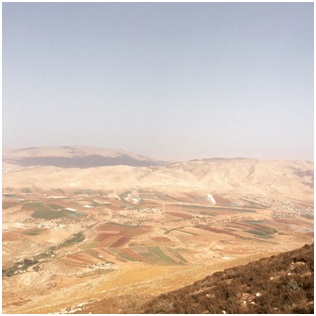 There are 4,682,467 people in the Palestinian territories, 1.4 million refugees and tens of thousands of patients that need higher levels of care. A two-year-old with acute leukocytic leukemia, that 17-year-old who sustained a traumatic sub-arachnoid, breast cancer patients, congenital heart cases, hemodialysis patients, oncology, coronary disease, orthopedics, pediatrics –thousands upon thousands of patients that need to be transferred. The infrastructural and literal violence, the administrative fragmentation and resource shortages that have created such a situation is a critical part of the conversation, but, frankly, not what I am here to address. I am here to study the complexities, realities and challenges of getting patients to the care they need.

When first conducting feasibility interviews in January, physicians (both Israeli and Palestinian) commented that there was hardly ‘a process’, but multiple variations derived from a non-standardized, ambiguous, unmonitored, untrackable system that required 1) referrals, 2) sponsorship and 3) Israeli travel permits. A whole host of complications were offered up –transfers are untimely, procedures delayed, medical information lost, sponsorship and reimbursements remain problematic. So, over the last 9 months, my research team developed a survey to understand both referring and referral-accepting MD experiences, and started building relationships with officials to obtain both Palestinian and Israeli, disaggregated referral data.

These last two weeks in Israel and Palestine have been several, tortoise-paced steps towards unfurling this project and ultimately understanding an inherently complicated process in a stochastic environment complete with multiple factions and border-crossings, two Ministries of Health, three governments, varied donors, hospital structures and perspectives. Each moment of analysis and judgement demands self-reflection and contextualization. This study of a process is very much still in process.
Posted by Partners Center of Expertise in Global and Humanitarian Health at 12:00 PM 1 comment:

The Palestinian Medical Referral Process: A Study of Process in Process 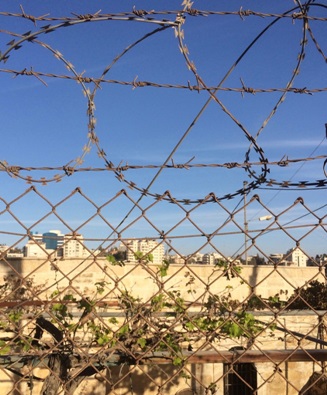 Sandwiched in between Rosh Hashanah and Yom Kippur, volleying between Jerusalem, Hebron, Ramallah, Nablus, nine different hospitals, multiple check points, cups of mint tea and strong coffee, Arabic, English, Hebrew, check-point, vibrant market, dingy office, immaculate NICU and disquieting ED, I find myself in a (needless to say), politically tricky situation. In a context wherein the origin of a mashed chickpea dip is contentious, I somehow have the audacity to attempt to examine the Palestinian/Israeli medical referral process. Even writing a blog post about it, trying to to craft each word to be perceived as politically neutral, is giving me tremendous anxiety.

Perhaps a year ago, when this project to study and potentially improve the Palestinian medical referral process started to take on solid form, I knew how wrought it would be. A feasibility assessment in January uncovered numerous interpretations of the non-standardized, untracked process that brought a Palestinian patient to East Jerusalem or Israel. A several month-long struggle with Western-trained empiricists trying to lend statistical validity to a study that inevitably could be nothing more than convenience sampling stalled international IRB processes. Imperative, quantitative data lay in distant hands, on paper, in spreadsheets, awaiting data-sharing negotiations before the woeful process of cleansing and justification even began. And politics colored every word and movement, document, grant application, border crossing and hospital visit. Nothing about this is easy. 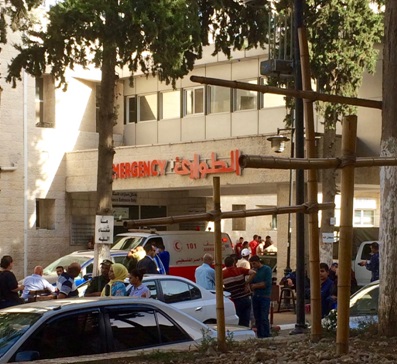 And that, nestled beside simple human compassion and lofty Hippocratic imperatives, is why it is so compelling. The delivery of healthcare or, in this case, the delivery of patients to healthcare, is complex, context-bound, political and socio-economic. Systems that efficiently and effectively deliver healthcare, whether it be a Public Health Department or an Emergency Department, a ‘medical mission’ or a longitudinal development initiative must continuously examine the environment that surrounds their patients and their institutions. Any initiative, study, treatment plan or discharge that ignores context, will at very least lack generalizability and at worst, fail.

This reality, as an intellectual concept, is easy to understand. But the cognitive and logistical burdens it creates, the resources and time required to complete a comprehensive needs assessment and contextual analysis (of a system in crisis or a patient in crisis) often feels insurmountable. More than the tangible Likert-survey distribution and database creation, the logistical regressions and geoanalytics, this experience has been about tenacity, continuous re-calibration and humility. Whether it be in a Ministry of Health meeting or in Acute Bay 1 at Massachusetts General Hospital, these are the attributes that I must take a moment (to breathe) and summon.
Posted by Partners Center of Expertise in Global and Humanitarian Health at 1:59 PM 1 comment: